Inauguration of the European Plotkin Institute for Vaccinology 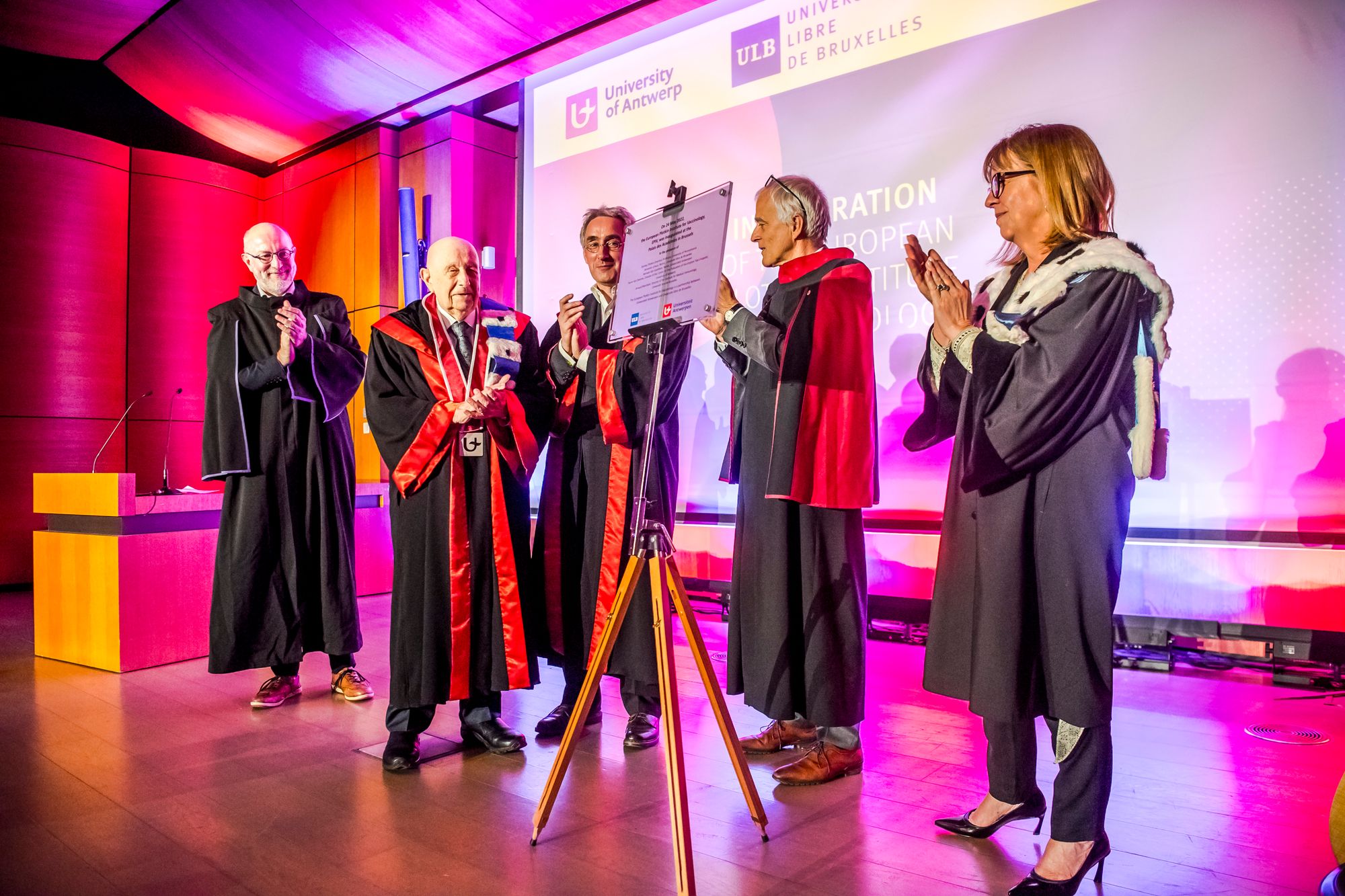 On May 24th 2022, The European Plotkin Institute for Vaccinology was inaugurated at the Academy Palace in Brussels in the presence of Stanley and Susan Plotkin. On this occasion, the Université libre de Bruxelles and the Universiteit Antwerpen jointly awarded the degree of Doctor Honoris Causa to Professor Stanley Plotkin for his immense contribution to public health and humanity through the development of vaccines and the promotion of vaccination. The degree was awarded by Professor Herman Van Goethem, Rector of the Universiteit Antwerpen, and Professor Annemie Schaus, Rector of the Université libre de Bruxelles, in the presence of approximately 150 members of Belgian universities and public health institutions. Professor Plotkin provided a vibrant and inspiring speech on the past, present and future of vaccinology. Following the Honorary Degree ceremony, the European Plotkin Institute for Vaccinology was officially inaugurated. Professor Stanley Plotkin and Professor Peter Piot joined Professors Pierre Van Damme and Arnaud Marchant in emphasizing the need for advanced research in vaccinology to better prevent and control infectious diseases and to be better prepared for future pandemics. They highlighted the role that the European Plotkin Institute for Vaccinology will play in essential collaborative efforts in Belgium, in Europe and globally. The Academy Palace was a perfect venue for the Doctor Honoris Causa and inauguration ceremonies. Established in 1876, it hosts the Royal Academies for Sciences and the Arts of Belgium, gathering the Academies of the French- and Dutch-speaking communities of the country.

Our insitute will be fully operational in the second quarter of 2022.

We are currently looking for sponsors and collaborators who want to support our academic research.

Thank you! Your submission has been received!
Oops! Something went wrong while submitting the form.